This is the part of the web site for serious journalism. The rest of it might read like the Beano, but this part is more like The Independent. 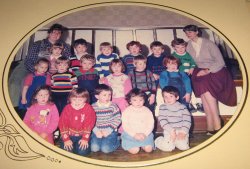 When forgeips.co.uk began in 2006, Judy was interviewed because she is the only member of staff who was present when Forge opened its doors in September 1985. (You can read her interview below). But what happened before that? How did Forge become the joint-first integrated primary school in Northern Ireland?

One of the best people to answer those questions, and tell at least some of the story, is Mary Connolly. Mary is an ex-parent, who was also a governor of Forge for a long time, as well as being chair for several years.

(Please note that the following interview is a paraphrase of a much longer conversation, the processes and issues were much more complex!)

Where did the idea for an integrated primary school come? Who was the first person to suggest it to you?

The whole idea of integrated education began with two women from Bangor, Betty Benton and Cecil Linehan. In the early 1970s they wanted to send their children to a school that was integrated. They were both Catholic and they wanted to arrange instruction for their children outside school, but the church refused. Over time other parents of both traditions became involved from around North Down and they founded ACT (All Children Together).

Mr Neville Watson took up post as principal of Forge at the start of January 2007. We know lots more about him now, but at the time key stage two two wasted no time in compiling a long list of things they wanted to know. Read on for a great introduction! 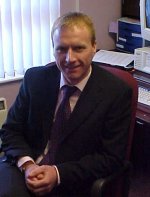 I taught in Omagh Integrated Primary School, which is a school very like Forge. It was about the same size as Forge when I worked there and the pupils came from many different backgrounds both from within Northern Ireland and from beyond. I was a P5 teacher and then a P7 teacher there and I also taught P.E. to most of the other classes in the school in the afternoons. About five years ago I became principal of Dromore Primary School, which is a small country school in Dromore in County Tyrone; there is more than one Dromore, as you’ll see later! 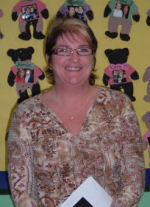 Before Christmas 2006, some of the P7s (with some questions added by Mr T) interviewed Judy Heaney. Judy not only works in the office and is a classroom assistant, but is also a living historical object(!) who began work in Forge when it opened, and is currently the longest serving member of staff. She has a unique perspective on the last twenty years.

What year did Forge open?

What was the most difficult thing at the start?

In many ways the most difficult things about starting off a new school had already been taken care of by the time I started in September. It was a small school with very few staff so everybody did everything that needed doing. Funding was always an issue in the early days too, for a while we waited from month to month to see if there was enough money for us to be paid.